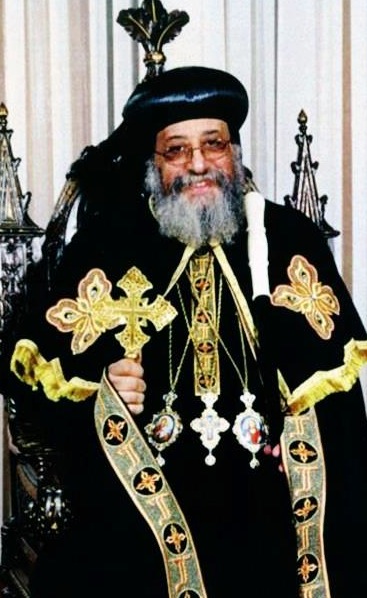 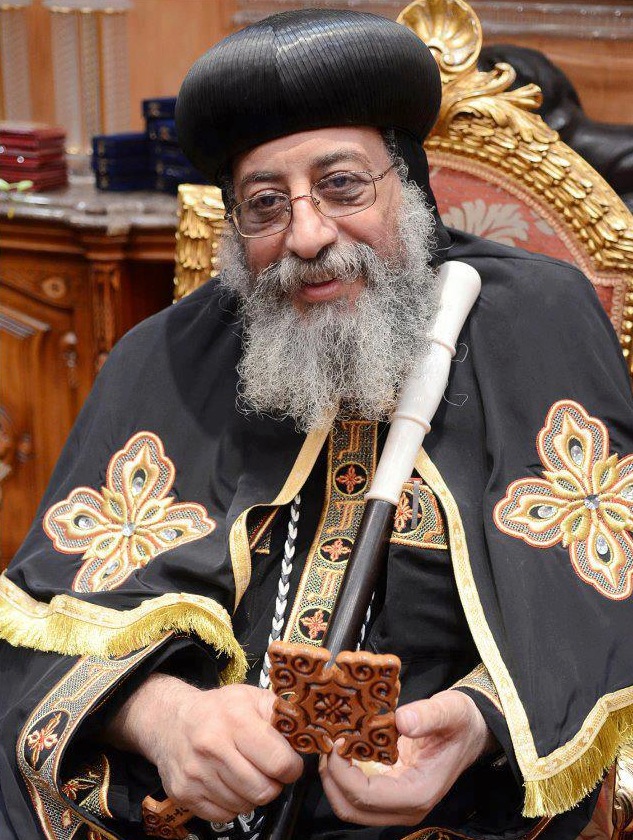 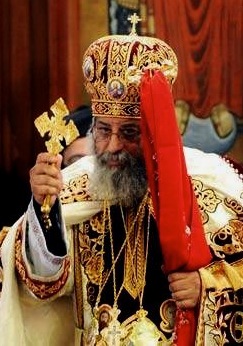 His Holiness Pope Tawadros II is the 118th Pope of Alexandria and Patriarch of the Apostolic See of St. Mark the Evangelist. By definition of his post he is the head of the Holy Synod of the Coptic Orthodox Patriarchate of Alexandria.

His Holiness was born on 4th November 1952 in Mansoura. He received his bachelor's degree in pharmacy in 1975 from Alexandria University and earned a fellowship for the World Health Organization from the British International Health Institute in the United Kingdom in 1985. He attended the Coptic Seminary and graduated in 1983. He then worked as a manager in a pharmaceutical company in Damanhour that was owned by the Ministry of Health.

His Holiness's life has always revolved around the church since his youth; he wished to live the life of monasticism. He entered the Monastery of St. Bishoy in Wadi El-natroun on 20th August 1986 and remained a brother for two years. He was ordained a monk on 31st July 1988 and after a year he was ordained a priest on 23rd December 1989. Two months after, he started serving with H.E. Metropolitan Pakhomius of Beheira on 15th February 1990. He was ordained as Bishop Tawadros on 15th June 1997 by His Holiness the late Pope Shenouda III, the 117th Patriarch of Alexandria, as a General Bishop assisting H.E. Metropolitan Pakhomius. Bishop Tawadros focused on serving children, his efforts included the country-wide St. Mark's Festival as well as being in charge of the children's committee in the Holy Synod of the Coptic Orthodox Church. Before becoming Patriarch, His Holiness wrote twelve books.

His Holiness Pope Tawadros II has continued the work of his predecessors in expanding the Coptic Orthodox Church in Egypt and around the world, consecrating several bishops; amoung them are diocesean bishops on newly established dioceses, monastery abbots and general bishops. These included the consecration of the first bishop on the first diocese in Canada for the Coptic Orthodox Patriarchate on 10th March 2013.

On 9th May 2013 His Holiness made a historic visit to the Vatican, meeting with Pope Francis I, Bishop of Rome and Supreme Pontiff of the Roman Catholic Church. This was only the second such meeting in 1500 years with the first being 40 years before on 10th May 1973 when His Holiness the late Pope Shenouda III met with the late Pope Paul VI; both Popes had signed a significant common declaration on Christology and a committment to Christian unity; His Holiness Pope Tawadros II and Pope Francis I renewed this declaration during their meeting. Pope Francis I later responded by visiting Pope Tawadros II at the main Coptic Orthodox Patriarchate in Cairo where both leaders signed a commitment to strive for unity foremost in baptism; their Holinesses were then joined by several religious leaders including His All-Holiness Patriarch Bartholemew, the Ecumenical Patriarch, for a joint prayer meeting in the church of St. Peter within the Patriarchate which had suffered an attack in December 2016.

His Holiness Pope Tawadros II embarked on his first pastoral visit to the United kingdom in May 2017. His Holiness had an audience with Her Majesty Queen Elizabeth II and also met with the Most Reverend and Right Honourable Justin Welby, Archbishop of Canterbury, among other officials. Youth from all over the U.K. gathered for a special meeting with His Holiness before commencing nationwide pastoral visits to the Coptic Orthodox Communities in the South East of England, the Diocese of the Midlands and also the Republic of Ireland.

May our Lord Jesus Christ protect, grant peace and a long life to our beloved father His Holiness Pope Tawadros II.