The Early Church was geographically organised into provinces, which were Jerusalem (St. James), Rome (St. Peter), Antioch (St. Peter) and Alexandria (St. Mark) with Constantinople (St. Paul) being added later. Each province, or see, had a patriarch who was responsible for the churches within their province. These sees made up the One, Holy, Catholic (meaning Universal) and Apostolic Church and the patriarchs were equal in authority. 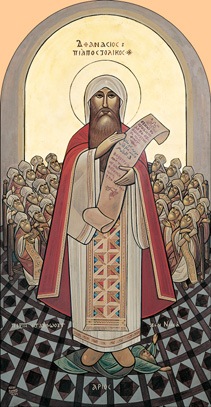 The worldwide Church gathered together in ecumenical councils to agree with each other on doctrinal and theological issues. These councils were also gathered in response to heresies that had started to spread.

A heretical priest named Arius began to preach that Christ is only human and not divine. He also stated that the Son of God was not eternal and was subordinate to God the Father. When Arius had succeeded in deceiving many of the faithful, among them bishops, an associate said to St. Athanasius, “Your holiness but the whole world is against you on this matter!” He replied, “If the whole world is against me, then I am against the whole world”. At the council of Nicea in 325AD the church followed St. Athanasius of Alexandria in refuting Arius; here also, the Nicene Creed was written to preserve the upright faith.

The second ecumenical council was held in Constantinople in 381 A.D. to investigate three heresies regarding the divinity of the Holy Spirit, the humanity of Christ and the union of the Holy Trinity. St. Gregory the Theologian and Pope Timothy of Alexandria were the most prominent defenders of the faith.

Later, another heretic named Nestorius, Patriarch of Constantinople, developed a conception that there was no unity between the Divinity and the humanity of Christ. He could not reconcile that God could be born from a mortal, coming to the conclusion that St. Mary gave birth to Christ the human who received the Divine nature when the Holy Spirit descended when He was baptised. Therefore, Nestorius attempted to remove St. Mary of her title, “Mother of God” (Greek=Theotokos) and instead make her “Mother of Christ” (Greek= Christokos). In 431 A.D. the council of Ephesus was convened. Lead by St. Cyril of Alexandria, it refuted his heresy, stressing that “His divinity united with His humanity without mingling without amalgamation and without alteration” (Liturgy of St. Basil). The nature of Christ is thus described as fully Divine and fully human, in one nature known as the “Incarnate Word”.

In 451 A.D, what can be described as either a misunderstanding or political motivation between the main sees, lead to the first major church schism. Under the reign of Emperor Theodosius, a heretic named Eutyches incorrectly taught that the Divine nature of Christ consumed the human nature. Flavian of Constantinople rejected this teaching but used Nestorius’ teaching of denying the unity of the Divine and human natures to do this. Pope Dioscoros of Alexandria rebuked Eutyches over this issue and this resulted in Eutyches withdrawing his false teaching. However, Flavian insisted on his belief and was subsequently excommunicated to the dismay of Leo of Rome. This brings us to the council of Chalcedon  in 451 A.D. which excluded and excommunicated Dioscorus on the grounds of his belief in a single nature as was heretically preached by Eutyches. The Coptic Orthodox Church professes that it does not and never has supported the heresy. This is reinstated during “The Confession” in the Divine Liturgy of St. Basil; before the partaking of the Holy Communion, the priest says, “Truly I believe that His Divinity did not part from His Humanity not for an instant or a twinkle of an eye” and “His divinity united with His humanity without mingling without amalgamation and without alteration”. 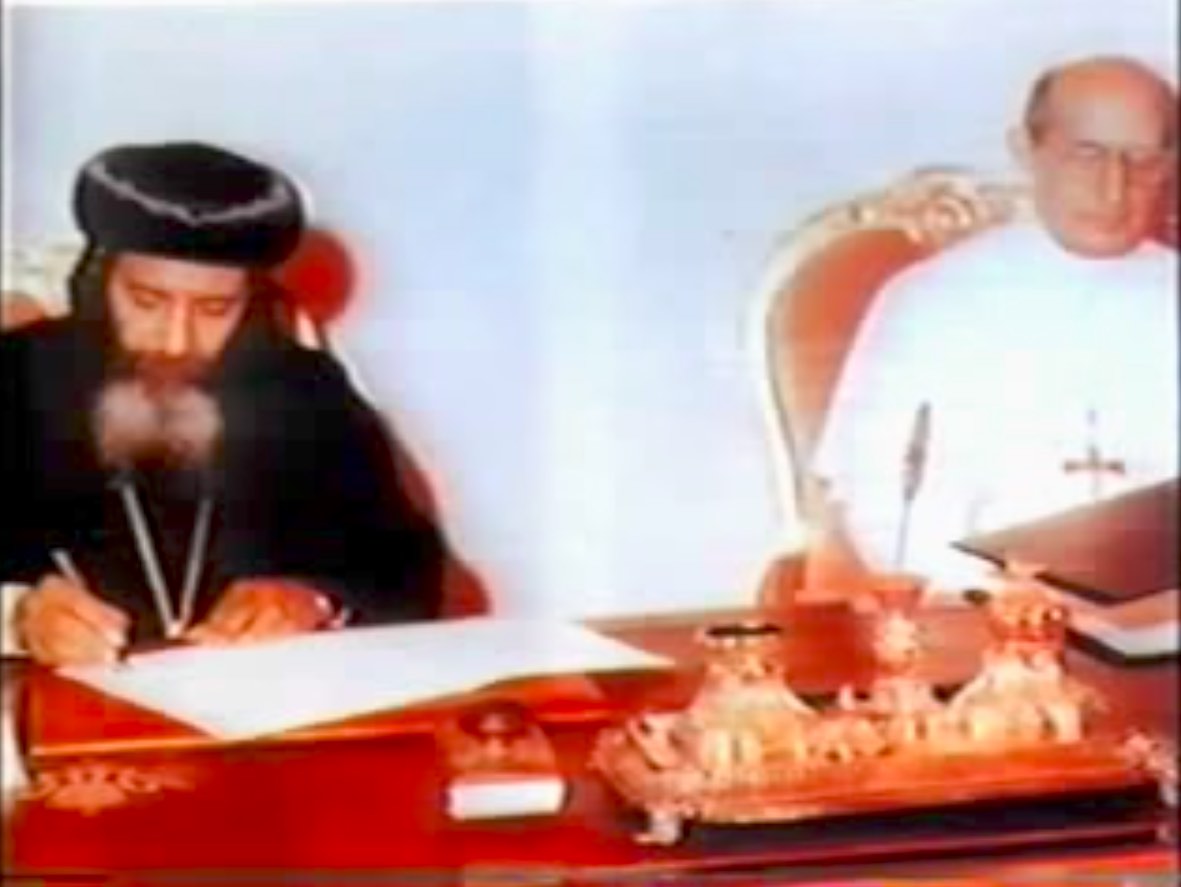 In contemporary times, this issue has been considered trivial and reunification has been a prior aim of the Coptic Orthodox Church. From 1964, dialogue was initiated between the two families of Orthodoxy. His Holiness Pope Shenouda III (1923-2012) was known for his commitment to unity in establishing dialogue with the Eastern Orthodox churches and Catholic church, amongst others. In 1973 His Holiness made a historic visit to the Vatican and held a meeting with Pope Paul VI in which both popes signed a common declaration of faith in Christology and a commitment to Christian unity.  This was the first time a Coptic Pope had met a Catholic Pope since the great schism of 451 A.D. Moreover, in 1987 His Holiness visited the Anglican Archbishop of Canterbury, signing a mutual agreement of unity. By September 1990, the two families of Orthodoxy signed an agreement on Christology and a recommendation for the lifting of anathemas to each respective synod. 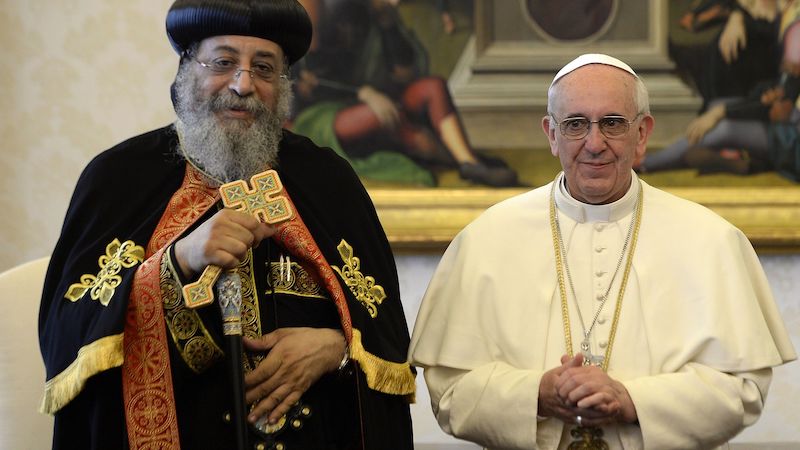 Under the leadership of His Holiness Pope Tawadros II (2012-), this ecumenical work has continued. On 9th May 2013 H.H. Pope Tawadros made a historic visit to the Vatican, meeting with Pope Francis I of the Roman Catholic Church. They renewed the declaration made by their predecessors during their meeting. Pope Francis I later responded by visiting Pope Tawadros II in April 2017 at the main Coptic Orthodox Patriarchate in Cairo where both leaders signed a commitment to strive for unity foremost in baptism. An agreed statement on Christology was signed in October 2014, by the Anglican Communion and Oriental Orthodox Churches.