Once again it was another blessed occassion for everyone to come from across the Diocese in unity. The organising committee introduced some new rules this year, one of them was that every fixture started with the official bringing both teams in to pray together.

Although it was forecast to rain all day, the grace of God held the rain for us for nearly the entire day with only two events being postponed for safety reasons.

The Overall Coptic Olympics Trophy returned this year to Birmingham with the Junior Trophy also going to the Birmingham Juniors for the first time.

Special thank you to the Coptic Olympics Commitee for organising the day, the match officials, ushers and everyone who got involved in the sports or fundraising!

See www.copticolympics.org for more information on how points are awarded.

The winners for each event are as follows: 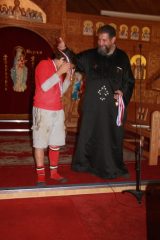 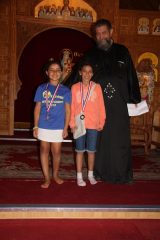 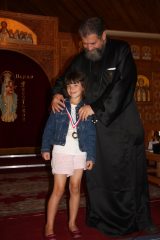 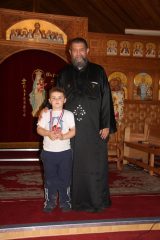