“At about 8.00PM Friday 25th August, Abouna Youhana, Aunt Heba, Mark Georgy, Joe and I, set off from our meeting pointing just north of Birmingham with 4 or 5 cars travelling behind us. We were set off for north Wales and expecting a simple straight forward 2-3 hour journey, to Snowdonia in North Wales.  We took a longer route as the original one was unsafe. At last we arrived at our destination, The Ranch, part of a Christian Organisation that only employs Christians and is an activity centre that caters and provides accommodation. Well when we arrived  we just had a cup of hot chocolate, then thanked the Lord in prayer for guiding us safely to the ranch. Next we trotted off to our rooms and finalised the room allocations, which Joe and I had to copy down around 10 times.

We woke up early the next morning with difficulty and went down to the main hall to do morning prayers from the Agbeya in further thanking to God for delivering us to this place. After the prayers we ate some breakfast, which consisted of scrambled eggs, cornflakes and toast. Our entire Church group was made up of about 40 members,  mostly from Birmingham Church.  though it was a variety of ages, it actually worked perfectly, like a dream. The group of 40 was split into 3 activity groups. The activity groups made a rota of these three activities: 1-Hill and Valley walk; this was a very enjoyable but also quite tiring 3 hour walk in the small hills and valleys of Wales, 2-Archery; For most people this was their first time doing archery and people learnt extremely quickly. The group was split into two and there was a competition for who could score the most points or in 1 case, you need to avoid hitting the Mars bar. 3-The Challenge Course; a member of staff at The Ranch made this challenge course very exciting. The idea of The Challenge Course is that it challenges you in many different aspects such as balance, strength, speed, heights and faith. These were the main activities and were great fun.

The religious theme of the weekend was The Prophet and King David. We watched a film about him, had workshops and discussions about him and speeches from Abouna Youhana. We learned about how he forgave others, had absolute faith in God,  was so humble,  his great love to God, others or even to his enemies and his meaningful repentance which became an example and a hope for all of us , to the contrary of Saul who was proud of himself and completely lost his way, his kingdom and at last himself.

On the evening of the last day the entire group travelled via mini-bus or cars to the beach to enjoy the sand, play rounders, football and gather round the camp-fire eating freshly cooked delicious sausages. On the very last day after breakfast we greatly thanked the staff and then had a final prayer together. Once we had departed from the ranch we set off to Mount Snowdon. And took an hour train ride to the top. The views were the most magnificent we had ever experienced, especially while in the midst of the clouds.

If you didn’t come we hope you come next time. May God be with us all.” 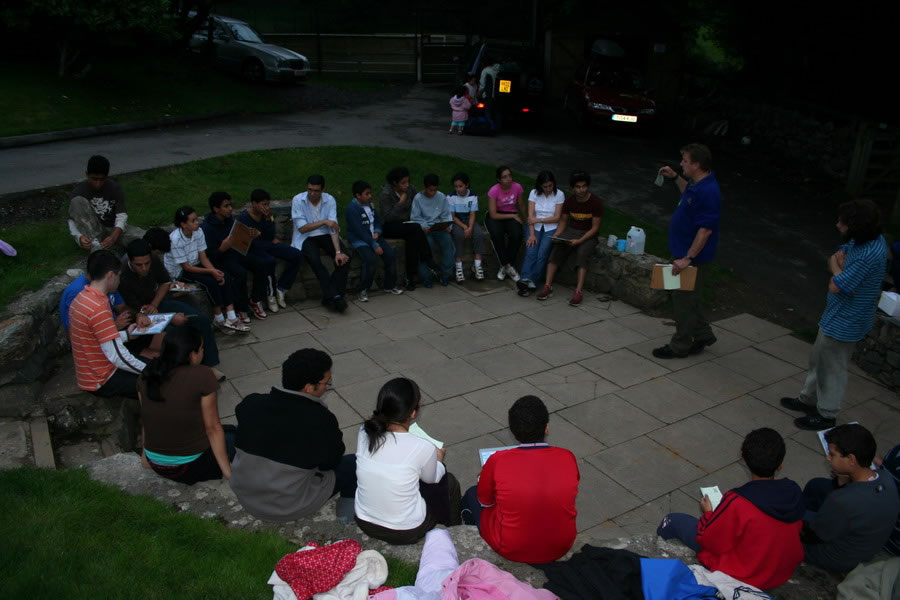 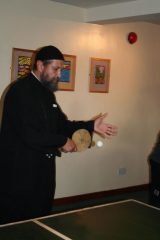