I feel that whenever anyone asks me how my trip to Africa was, my reply of ‘amazing’ is an understatement. The fact is, Africa was an eye opener.

Firstly, it was an opportunity to meet the most extraordinary people. “Blessed are you who are poor, for yours in the kingdom of God.” People there had virtually nothing, I remember in particular a child in the farmland who stared at me in disbelief as I handed him over a small toy car, which was followed by his broad smile. Despite this, I don’t recall anyone there being unhappy, quite the opposite, most of the people were overjoyed. They always burst into hymns and did so with so much power, especially the choir group in the masses we attended. Also, I’ll never forget one boy whom I was told had very little, offer me some of his food saying “are you too afraid to ask?” Every morning we would be sent to preach the word of God to individuals, to teach them yet I think they taught us so much more.

It wasn’t just the welcoming Zambians who inspired me, but one of our fellow Copts on the trip. She had originally been brought up into a Muslim family in Egypt, this woman had endured so much to become a Christian, including persecution and leaving all of her family and friends behind. In all honesty, I went to Africa expecting there to be a turning point where I knew I would realise how much I take simple things for granted (food, shelter, clean water, clothes etc.) but never did I realise that religion would be one of them. I think at that point our group understood how we were extremely blessed to have been brought up amongst Christians, exposed to morals and teachings based on the Holy Bible throughout our lives.

Zambia allowed us to really ‘spark’ up our faith, from prayer meetings in the dark with candles to studying part of the Book of Daniel and Matthew thoroughly as a group. Discussing passages were useful, it was as if everybody had a different message and interpreted the same verse in another way, where there were areas that I didn’t understand there was always someone there to clarify.

We could see God’s presence in nature; Africa is unbelievably beautiful, minimal lighting through electricity meant that the stars were bolder and brighter than I’d ever seen before. Then there was the sunsets, rivers and of course, it was phenomenal to have been able to see Victoria Falls. We later compared how Victoria Falls relates to God- for example, its strength, how you had to walk through the mist to see the most beautiful parts.

It was a pleasure to have so many treasured memories with the best group of people, building up friendships and so much laughter! We’d sing ‘in the jungle’ whilst being stalled by surrounding slow moving elephants in a safari park, stargaze, play British bulldog and card games, eat meat (Joe had never been so happy to see meat in his life), watch as the human hoovers (Dave and Mark) competed over who would demolish the most food, comforted Shery as she lost her beloved tweezers to Kenya security, chase chickens, giggled at Abouna John’s iPhone car game antics, fed our pet monkey that visited us during breakfast times, attempted to jump and spell out ‘COPTIC’ with our arms at the same time and then epically failing… oh and lets not forget the casual ride on the elephant.

I would recommend anyone who is considering going to Africa to definitely go; I haven’t met a single person who hasn’t enjoyed it, I know I returned back from the trip thinking of it as one of the best weeks of my life. 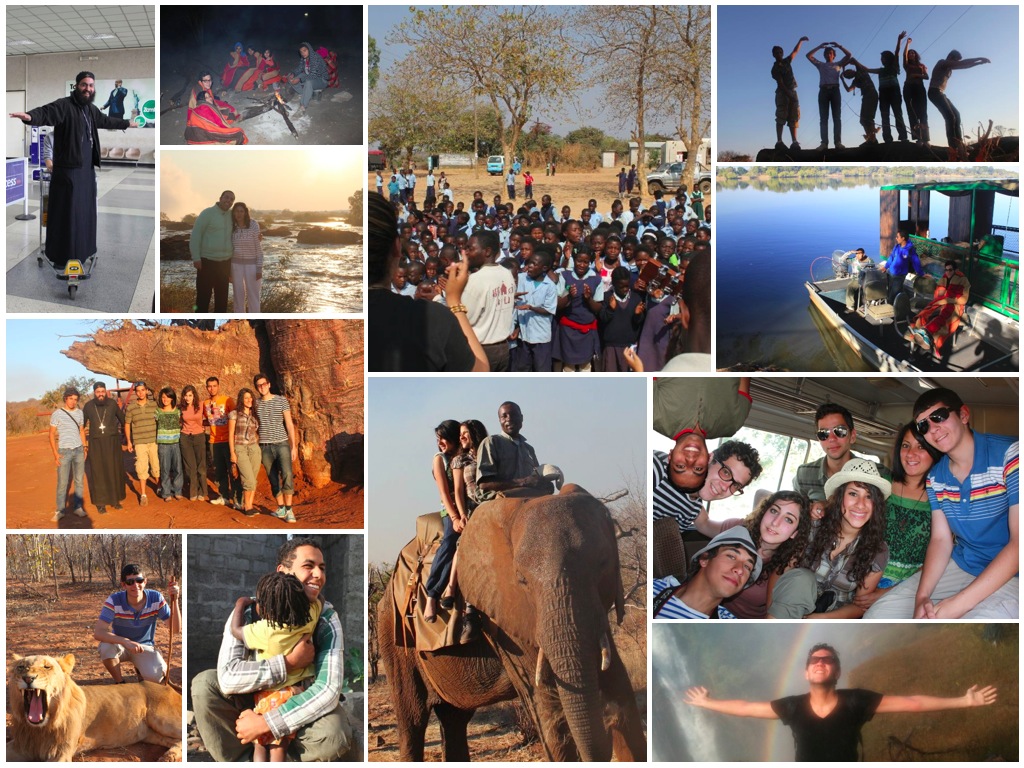