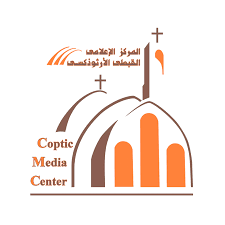 Due to the recent inaccurate news on the subject of the Coptic Deir El-Sultan, we, The Coptic Orthodox Patriarchate in Jerusalem, decided to issue an official statement to document the incidents historically in an effort to avoid any interpretations related to the recent incidents and clarify the whole matter from its source without exaggeration.

A Brief History:
The Coptic Monastery of the Sultan in Jerusalem dates back to the reign of Sultan Abd al-Malik ibn Marwan (684-705 AD), who gave it to the Copts and therefore it was named Deir El-Sultan (i.e. Monastery of the Sultan). The Coptic Orthodox Church’s ownership of Deir El-Sultan was confirmed during the reign of Sultan Salah ad-Din in the twelfth century.

Deir El-Sultan is part of the Coptic Orthodox Patriarchate of Alexandria. The Monastery is located on the roof of the Church of the Holy Sepulcher in Jerusalem and has an entrance leading into the Church. It covers an area of 1,800 square meters. In the middle of the outer courtyard it contains the dome of the Church of Saint Helen. It also contains two ancient churches on the southeast side of the monastery, the first is the Church of Archangel Michael and the second is the Church of the Four Living Creatures. On the eastern side of the courtyard there are rooms where the Copts host some of the Ethiopian monks alongside the Abbot’s room where a Coptic monk resides.

On October 17th, 1820, the Coptic Church renovated Deir Al Sultan, and this required all residents, both Copts and Ethiopians to temporarily vacate the Monastery. The Ethiopian monks were allowed to return to stay as guests in the monastery in 1840 as members of the Coptic Church. Some persons representing foreign governments spread seeds of discord between the Copts and the Ethiopians and they urged the Ethiopian monks to repeatedly attempt to seize the monastery. This occurred on:

Recent Events
On September 22nd, 2017, as a result of renovations on the roof of the Greek Orthodox Church adjacent to Deir El Sultan, a small stone fell from the roof of the Church of Archangel Michael, one of the two churches in Deir El Sultan. This led to the closure of the church by the Dangerous Buildings Department of the Jerusalem Municipality until the completion of renovations and the repair of the damage to the roof of the church. For some strange reason, all the preliminary consultations and inspections of the damage were done without notifying the Coptic Church, the owner of the property. We therefore contacted the concerned departments and authorities to express our dissatisfaction at this complete disregard of our ownership of the property. Some officers asked us to discuss the possibility of solving the problem. We asked in writing to have the necessary repairs done at our own expense. The request was refused, and the government offered to do the repairs as a neutral party. We gave them some conditions in order for us to accept this and we also sent a letter stating the conditions. As we did not receive any reply, we sent several other letters to confirm our readiness to complete the repairs at our expense. We sent the engineering report, the blueprints, and the Contract Agreement to the engineering office assigned with the renovations of the archaeological sites in order to start the necessary repairs, but we have yet to receive any written response.

On the evening of Thursday, October 19th, 2017, the government-appointed engineer tried to admit the equipment to begin repairs without notifying us in writing. All of us, as monks, deacons, sub-deacons, led by our Archbishop, rushed to perform a peaceful protest in front of Deir Al Sultan’s gate to prevent the entry of any equipment for repair. Some officers from various parties tried to convince us to allow the equipment to enter the site, but we refused this without prior coordination in order to preserve our rights. The Egyptian Embassy intervened in this matter, and this led to the delay of the work until coordination in writing is made with us.

It is worth mentioning that the Egyptian Foreign Ministry firmly supports the Coptic Church in its legitimate demand for its right to restore a Coptic Egyptian monument, on the basis that Deir El-Sultan is a matter that concerns Egypt and not only the Church.

We call upon all parties concerned to support the Coptic Church in preserving its property in the Holy Land.